As part of this year’s Banned Book Week Celebration, we are answering questions posed by the American Library Association. 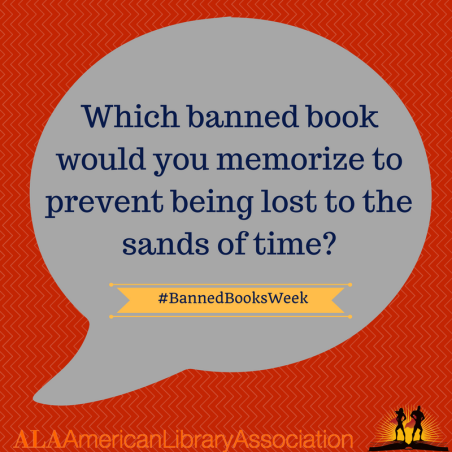 In 1559, the Pope banned The Prince by Niccolo Machiavelli.

Over the next 100 years, the Catholic church was to discover, to its intense chagrin, why the Pope considered Machiavelli so dangerous. On the other hand, the nobility of Europe, which largely ignored the ban, would quickly learn the liberating joys of political science. Hearts were broken. The bad guys won. The ends ultimately justified the means, (at least, to the people writing the history books,) and Machiavelli, now tested and found true, became the go-to professor of power.

The mentality of a book banner is also one that trends toward the consolidation of power, Machiavellian in spirit if not in word. But it’s a clumsy tell. Anyone who is afraid of you reading The Prince understands The Prince as a threat, just like the Pope did. And it is. It’s a threat to ignorance. This book illuminates the gears of power. In a functioning system, that wouldn’t be scary, because good leaders should have confidence in their position. But in a system that is falling apart, that illumination is anathema. It exposes weak spots and predicates change. The Europe that unfolded when the nobility ignored the Pope’s ban on The Prince might not have been a paradise, but it did prove that it was possible to push out an unacceptable system of governance using nothing but philosophy.

Moral panic about Harry Potter may embarrass us. Outrage about Where’s Waldo may strike us as silly. But if anyone ever bans The Prince again, we should all take notice immediately. Here’s a book worth committing to memory. It’s the blueprint for a machine that we may someday need to fix.

Anna is a reference librarian and computer nerd at the Nevins Library. She is a fan of all speculative fiction.