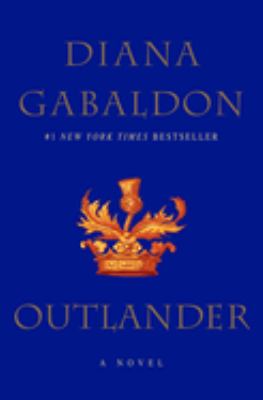 As an Outlander fan, of both the books and the series, I often have to wrestle with the Book vs Film dilemma. Diana Gabaldon has written a series of 8 books depicting the life and times of a family. This is no ordinary family but one that includes a nurse who had time-traveled from the 20th century and fallen in love with a Scottish laird who leads his clan with strength and loyalty through years of trials both in Scotland and the New World, North Carolina.

Because these books are so dense and filled with imagery and detail, it would be almost impossible to do justice to all of the myriad side plots and characters that Gabaldon weaves throughout this series. The producers of the film version have been faced with the

challenge of winnowing down the main story and guiding the viewers on a journey of action and romance, without losing the underlying love and tenderness of the multitude of characters that populate the community known as Fraser’s Ridge. The producers and filmmakers adhere to the adage put forth in PIrates of the Caribbean by none other than “Jack Sparrow” – “they’re just guidelines”.

It must be understood that Gabaldon, in her writing, is able to allow us to really feel and understand the emotions and reasoning that propel the characters to do the things they do, and this is truly an enhancement over the film version. However, as one who is watching with a film-only spouse, the temptation is always there to insert a “wasn’t that way in the book” comment. While it might not have been that way in the book, it doesn’t take away from the acting and the writing that brings the story to life on the screen.

All in all, it’s just a guideline…sit back, relax and know that even if it didn’t happen that way in the book, it’s still darn good and because I’ve read the books I can understand more clearly the motivations and humor that shore up the story. I’m good either way!! 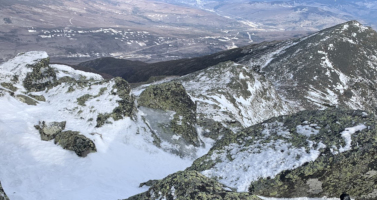 From Adams to Washington and everything in between!

Join us as Patricia Ellis Herr, author of Up: A Mother and Daughter’s Peakbagging Adventure, talks about winter hiking in the White Mountains.

Copies of her book will be available for sale and signing.

Patricia (Trish) Ellis Herr has been hiking the White Mountains of NH with her two daughters, Alexandra and Sage, since the summer of 2008.  Trish, Alex, and Sage have been hiking the Four Thousand Footers nearly every week year-round, and the daughters are closing in on accomplishing the Grid (all 48 4Ks during each month of the year).  Alexandra and Sage are featured in Trish’ book UP: A Mother and Daughter’s Peakbagging Adventure, published in 2012 by Random House imprint Broadway Books.

If you’re bookish and of a certain age, then you grew up with Choose Your Own Adventure books, the popular series by R.A. Montgomery that let you choose the path of the narrative. Half game, half story, these books were video games before consoles were available for the average household. A lot of them are still fun to read today, partially because they’re incredibly zany. Each book featured a large handful of storylines, which each had to be 100% original. Wackiness was inevitable. Think “I’ve become a shark and eaten a version of myself that became an octopus because I broke into a Buddhist temple” levels of wacky. Reincarnation, kids!

Sadly, a lot of these books are now out of print. I mean it! I’d love another chance to read through You Are A Shark or the extremely bizarre, much-celebrated Inside UFO 54-40. That said, the Merrimack Valley Library Consortium still owns or circulates reprints of a number of the most insane CYOA books ever written, as well as new books in the same style. Here are some of our favorites.

Looks pretty innocuous, right? Well buckle up, buttercup, because one of the endings of this book sends you right back to the beginning. It’s Race Forever – get it? If you play right, you can keep reading eternally. Of course, if you want to keep going forever, you’ll need to flip through the same sequence indefinitely. Whether this is a reward or a punishment depends on you.

The Case Of The Silk King

This is pretty standard CYOA fare, except that it’s actually based on a real-life event. In 1967, silk tycoon Jim Thompson disappeared during a walk in the Thai jungle. During the investigation, it came out that he’d had money issues and might have just left it all behind. Now you – YOU! – can solve the mystery of the disappearing silk magnate!

The Trumpet Of Terror

Norse gods? Check! Time travel? Check! Doomsday weapon? Hope you paid attention in band class! This book lets you toot evil away. In the grand scheme of insane CYOA plots, this isn’t too remarkable, but the incredible lameness of the “Trumpet Of Terror” makes up for it. Especially in contrast to Mjolnir and the rest of the general Viking badassery. Really? Amongst the bloodthirsty gods of a warrior culture, no extra hammers lying around?

There’s an alien named Freedo who talks to you telepathically, and if you run away from the nice people in white lab coats you can go on trippy space adventures with him – yeah, this is a CYOA about a psychotic episode. In fact, if you try to get help for your delusions, you fail the book. This is a CYOA about embracing your psychotic break because believing the voices in your head is just more fun than the alternative.

The Worst Day Of Your Life

Your reward: pig farming with your uncle all summer while your family goes to Hawaii. Your failure: the worst of everything. This book isn’t so much about the carrot as the stick. If you don’t keep moving, all manner of unlikely disasters will befall you and wreck everything that matters to you.

In the Kingdom of Ice by Hampton Sides

Skeletons on the Zahara by Dean Kingby

Lost in Shangri-la by Mitchell Zuckoff

The Mapmaker’s Wife by Robert Whitaker

Lost City of the Monkey Gods by Douglas Preston

Into Africa by Martin Dugard