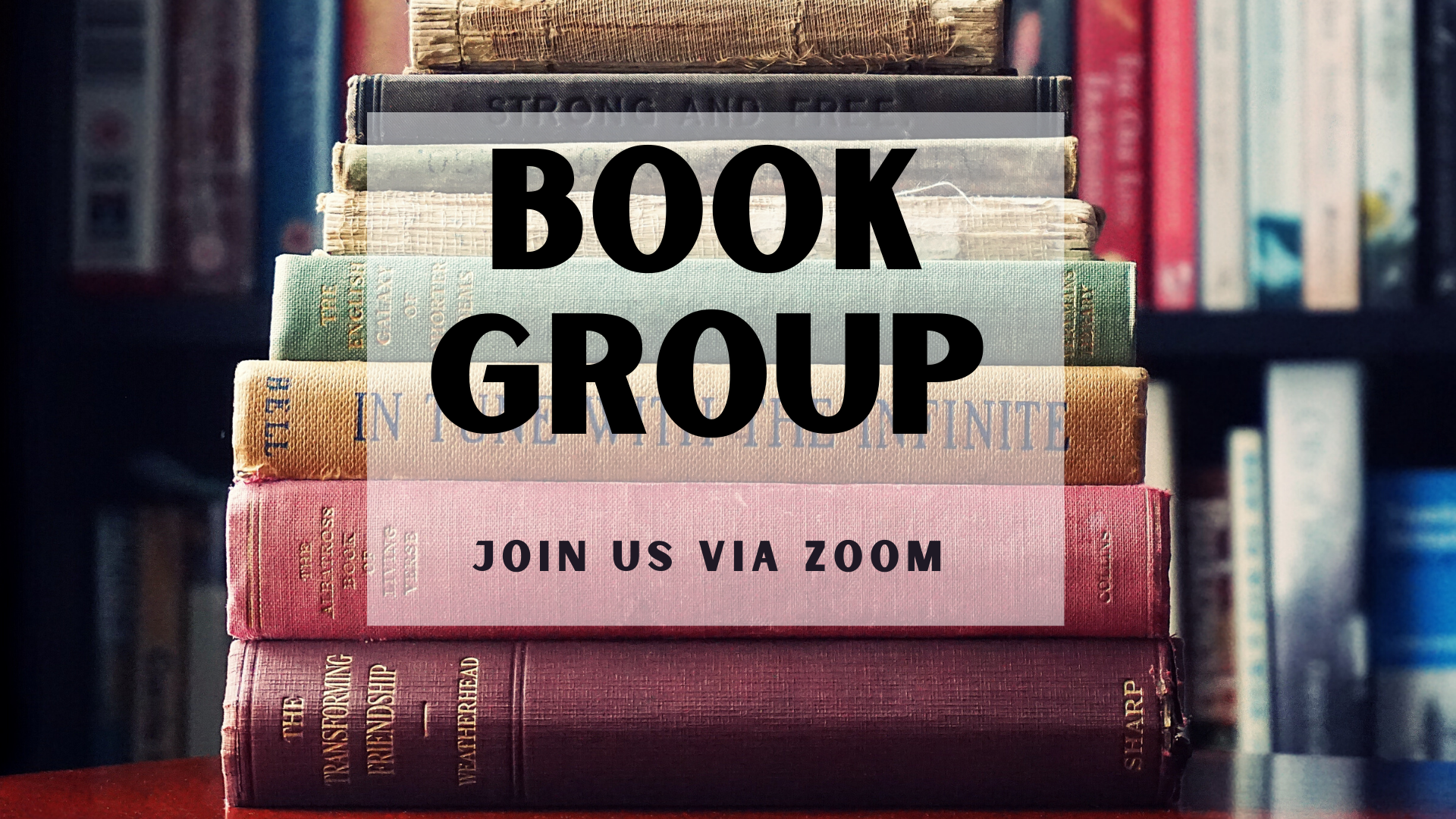 See our Adult Book Group page for a full listing.

Our 2020 Book Group season has been pandemic-proofed for your safety and convenience.  Each group will take place via Zoom Meeting. To sign up just go to the link given on the Book Group’s Tab, or on our Calendar. After you fill out the form we will put the book on hold for you, and send you the link to log into the Zoom Meeting.

Whether you’ve participated in our Book Groups before, or not, there is always room for new members. (Especially while we’re using Zoom!) Sign up and see if you like it.

The Google form will only be seen and used by the librarian in charge of the group.

Have no fear, if you haven’t used Zoom much (or ever) we have a handy Zoom Tutorial so you can get more comfortable with it.

It’s that time of year again…back to school for kids and back to book clubs for adults!

Do you enjoy reading books? Or want to find new and different books to read? Join one of Nevins Library’s Adult Book Clubs!

We have books in a variety of different genres and topics that the clubs and groups read. More information about all of the Book Groups can be found on our website (with descriptions and sometimes the books/themes we’ll be reading).

Sociable Seniors – Meets the last Friday of Each Month @ 10 AM

We hope to see you at one or more of these if they spark your interest!!

( A Teen Fiction for Adults Group )

In the past couple of decades teen fiction has blown up. Teens everywhere clamor for the latest John Green or Cassandra Clare novel. These books aren’t just popular with the intended audience either. More and more adults are finding that teen fiction has a lot to offer, though they’ve left their high school years behind them. Come and join us for this BRAND NEW book club and explore all that the world of teen fiction has to offer.

This group will meet on the 3rd Thursday of every month, beginning in September.

For more information about meeting times and what we will be reading, CLICK HERE for our calendar of events.

Come join the Bestseller Book Club (formerly the Romance Book Club) as we read through the bestsellers you may have missed. We meet the 1st Tuesday of each Month at 7pm, and every month we will have a different genre of bestseller to read and discuss.

September’s Title is a Best Mystery: A Death Along the River Fleet by Susanna Calkins

Lucy Campion, a printer’s apprentice in 17th Century London, encounters a young woman suffering from amnesia and the victim of an assault. When the woman reveals she is a nobleman’s daughter, Lucy must decide how far she will go to protect the woman.

The first meeting is on September Tuesday 5th at 7pm.  For the year’s schedule of books to read  click here.

Books are available to pick up at the Main Desk one month prior to the meeting.

Did you know that the Nevins Memorial Library has an LGBTQ book club? It’s true! Though the club is off for the summer, it meets at 7:00pm every second Thursday of the month. This year, these are the books that we read.

There’s no better way to capture the drama of the marriage equality movement than in the words of one of the lawyers who fought it. Roberta Kaplan was the attorney for United States v. Windsor, the case that finally defeated DOMA and allowed same-sex couples to legally marry.

Friendship blossoms in the unlikeliest of places – even between a nerd and a jock. But as Aristotle and Dante’s friendship becomes deeper, they may both have to face something important about their identities.

On the Move: A Life by Oliver Sacks

Oliver Sacks was more than just a groundbreaking neuroscientist. Author, bodybuilder, motorcyclist, traveler, and drug addict, this complicated man tells his own story at last.

The Dark Ages was a bad time to be alive in general, and worse if you were a woman. But one girl dared to take on the system through stealth, secretly becoming a priest and eventually taking on the robes of the papacy itself.

Tales of the City  by Armistead Maupin

Many people have seen the TV adaptation of Tales of the City, but reading it is another experience entirely. This long-running series, which Maupin famously directed according to the wishes of the readers of his daily serial, is a snapshot of LGBTQ life in 1970s San Francisco.

Angels in America by Tony Kushner

If Tales of the City is a snapshot of 1970s LGBTQ life, then Angels in America must stand for what came in the next decade. As AIDS ravaged the gay community, forsaken angels call upon one afflicted man to spread a new message to humanity.

Tumultuous and steamy, this book is largely a mystery in itself. Who wrote it? Was the author a man or a woman, gay or straight, ally or voyeur? No matter what the truth may be, this depiction of gay life in modern China is an intense, fascinating take on a culture in flux.

The Miseducation of Cameron Post by Emily M. Danforth

When Cam’s parents die, she is perversely relieved…relieved that they never had to find out that she had kissed a girl. Then her holy roller aunt comes to town, and life gets *really* complicated.

“Stranger than Fiction” will meet at the library on the 2nd Monday of the month from 7-8pm.  We’ll read across all topics within nonfiction (ex. Biographies, True Crime, Travelogues) except for religion and politics, because after all, we want to start a discussion, not a fight!  Some months we’ll be discussing a single title, other months there will be a theme and a list of suggested books on that topic from which participants can choose.

Please join us for our first meeting on Monday September 12 in the Trustee’s Room at the Nevins Library.  Come prepared to share a favorite non-fiction book with us and to discuss which topics we will cover (and when) in the future.

The Thursday Evening Book Group meets on the 1st Thursday of the month from 7-9pm to discuss titles along a theme.

“Stories are light. Light is precious in a world so dark. Begin at the beginning. Tell…a story. Make some light.”

Join us to read four novels that feature the concepts of light & dark, good & evil, happiness and hatred.  Contemporary and classic fiction are included in this collection of literary tales.

The next meeting is on Thursday April 7th and we will be discussing The Light in the Ruins by Chris Bohjalian.

In 1955 Florence, Francesca Rosati is brutally murdered.  A serial killer is at work, preying on the Rosati family. The detective assigned to the case wonders if there is a connection between this gruesome vendetta and the family’s experience in the war.  The story shifts to 1943, to a lush Tuscan estate owned by the Rosatis, which is a magnet for Nazis, especially those interested in collecting the type of historical artifacts found there.

For a full listing of titles and dates for the Spring Series, click here.

You may pick up books at the previous meeting, or you may get them at the Main Desk any time the Library is open.    To confirm dates, book selections, or for more information call the Library at 978-686-4080 ext. 10.