This book follows four women as they hide their identities and take a big risk. As gripping as fiction, this true life story is an ideal book club pick.

The Spymistress by Jennifer Chiaverini

Elizabeth van Lew is a Union sympathizer in a Confederate land. Using her education and wits, she’s able to do a lot for the Richmond underground…and the political prisoners being held by the rebels!

An Extraordinary Union by Alyssa Cole

Most people would just be happy to have their freedom after a life begun in slavery. Not Elle Burns! She turns spy and discovers that espionage comes with its share of romantic entanglements in this work of romantic fiction.

Stealing Secrets: how a few daring women deceived generals, impacted battles, and altered the course of the Civil War by H. Donald Winkler

Did you know that one of the ways that women smuggled war secrets out from behind enemy lines was by concealing them in their hoop skirts? It’s true! All those details and more come to vivid life in this nonfiction book.

All the Daring of the Soldier: women of the Civil War armies by Elizabeth D. Leonard

In an era when the best women could hope for was the life of a servant, many felt that spying was a more stimulating career option. Exploding myths and painting vivid portraits, this nonfiction book is a must-read.

This is the spy upon whom Chiaverini’s The Spymistress is based! She was an actual person and her true-to-life story is all written down here, including the clever strategies that she used to aid the Union Army.

Using her Washington connections, this spy for the Confederacy charmed secrets from Union officials as easily as a wave of her fan.

Lincoln:  a photobiography by Russell Freedman 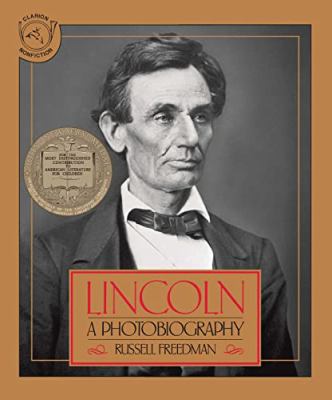 Many years ago when I was a student pursuing my Master’s Degree in Library and Information Science, I was introduced to Russell Freedman’s stellar non-fiction and biographical accounts for young people.  One of Freedman’s books that made a lasting impression on  me was his Newbery award-winning photobiography of President Lincoln.  Freedman presents a well-rounded portrait of Abraham Lincoln, the very real and complicated man, not just the legends and myths previously spun for children’s literature.  Lincoln was a man of great contrasts:  he had a rollicking wit and sense of humor as well as terrible bouts of depression; he had little formal “eddication” but became an eloquent public speaker and a great writer whose words continue to live on; even though he is venerated and honored today as a hero, he was vilified during the war years.

With clear prose and with photographs and other primary documents, Freedman takes the reader through Lincoln’s tumultuous life from his humble beginnings,  to his presidential ambitions, the complex issues surrounding the Civil War, and finally, to his assassination.  One touching part among many shows four portraits taken of Lincoln during the war years.  You can see how the pressure and anxieties of that terrible time become etched into his craggy visage.  Freeman concludes with a “Lincoln Sampler” of quotations and letter excerpts, a listing of historic sites, a bibliography and an index.

Although published 20 years ago, this title still remains a very relevant, well-organized, and thoughtful biography that both children and adults may enjoy.

Harvard University President Faust has penned a highly readable and fascinating account of the changes in American attitudes and culture following America’s Civil War (1861-65.)  As we celebrate Memorial Day this week, how many of us realize that this holiday was originally started in the wake of the Civil War as “Decoration Day,” a day on which people would go to military cemeteries and decorate the graves of the war dead?  By the 20th century, with more war dead in our growing military and civilian cemeteries, the holiday had become Memorial Day, and today serves as a time in which to honor not only our military dead, but to adorn the graves of our family members and friends as well.

The American Civil War spawned carnage on an unprecedented level in the four years it lasted.  Over 600,000 soldiers died in the conflict — approximately 2% of the population.  Today, this would represent a death toll of 6 million Americans…an almost unimaginable number.  Faust’s book takes a closer look at how this war changed the way we think about death, and especially how we treat and honor our war dead.  Before the Civil War there was no system of military cemeteries, and no plan for the government to take responsibility for the remains of those that fell on the battlefield.  There was no way to identify soldiers or to reliably notify family members of their loss.  The Civil War and its enormous toll created far more than a political crisis, it created a moral, religious and existential crisis for the nation as well, and the aftermath is deeply explored in this book.

Beautifully written, meaningful and insightful, this title is for anyone interested in cultural history, the Civil War, or the American story.

This Republic of Suffering by Drew Gilpin Faust can be found in our non-fiction collection.