In fact, you may already have heard his name in passing. The Eisner Awards are named after this illustrious illustrator and presented to excelsior comics every year. Past inductees have included Usagi Yojimbo, Hellboy, Cerebus, and Mouse Guard. Generally, Eisner winners combine brilliant illustration with incredible storytelling to create a whole that is more than the sum of its parts. This is what Will Eisner famously brought to American comics.

While popular comics existed before Eisner, he was one of the first on the scene in 1936. Eisner started working on a short-lived comic book called Wow! What a Magazine! when he was 19, a job that his buddy Bob Kane helped him get. In an age when most comic books were reprints of newspaper funnies, Eisner was tasked with creating something original. He was an immediate hit, and his strips Captain Scott Dalton and The Flame made his name on the nascent comic book scene.

After Wow! folded later in 1936, he went into the comic book business with his friend Jerry Iger and quickly began to succeed. Eisner & Iger raked in a great deal of money before Quality Comics publisher “Busy” Arnold wooed Eisner away to write weekly comics for national syndication. Thus was The Spirit born.

The Spirit was Denny Colt, a fairly ordinary guy who, through dastardly doings, had almost been killed. In fact, his brush with death was so near that his enemies assumed that they’d succeeded. Colt didn’t bother to disabuse them, but instead became a crime-fighter dogging their efforts for twelve years of popular Sunday strips. Until 1952, Eisner’s breakout character was a star of the funnies page. It stood as an example of good writing, good art, and how a comic could be more than the sum of both. He even drew The Spirit while he was in the Army during World War II, although in a limited way.

By today’s standards, The Spirit was far from perfect. For one thing, Denny had a racist stereotype of a sidekick named Ebony White. Though Ebony was popular, Eisner struggled with uneasiness over his disrespectful portrayal of the character. As The Spirit continued, Eisner tried to repair the damage he’d done by giving Ebony an interesting character arc and introducing other, more respectfully portrayed African-American characters, but there was little to be done with such a blatant trope. Eisner phased Ebony out in 1949. Arguably, the personal growth that Eisner had to undergo in the process of dealing with his youthful ignorance may have allowed him to create more respectfully in his later years. Later incarnation of The Spirit, such as Darwyn Cooke’s excellent revival, have learned from his mistakes as well.

After The Spirit ended publication, Eisner spent years continuing to draw for an Army publication he’d worked on while enlisted. The 1954 cultural catastrophe that led to the

death of more than 70% of the comic book industry, not to mention the rampant censorship of what survived, curtailed the careers of many great artists. However, Eisner’s talent couldn’t be repressed for long. In the 70s, he started working on his magnum opus, A Contract With God. This sweeping collection of stories about immigrants in New York City cemented Eisner’s place as a genius of American creative arts. It set the stage for comics that weren’t about superheroes, but about ordinary people and their struggles.

Will Eisner was in comics for over seventy years, during which time he defined a medium and guided generations of comic book artists. Now, when someone at the Will Eisner Week cocktail party asks, you’ll be ready to tell them all about what this famous man of lines and letters did for comic books everywhere.

Fantasy isn’t new. The Brothers Grimm recorded fantastical stories back in the 19th century, and prior to that time, tales of dragons and warriors of stunning prowess dominated ancient literature and mythology. Originally, however, there was no distinction between fantasy for adults and fantasy for children. In fact, when the Grimms originally published the fairy and folk tales they collected from the hardworking people of far-flung corners of Europe, they were stunned to realize that well-off city people were reading them to their children. These were dark, gory tales, replete with violence and rape, that expressed complicated adult topics in metaphorical language. The Grimms had never dreamed that people would try to use them as bedtime stories.

Needless to say, they hastily printed a more kid-friendly “small edition” of their fairy tales, filing down some of the grittier details and adding a lot of pictures and Christian imagery.

The whole idea of kid-friendly stories was relatively new to the 1800s. Prior to that, kids were, at best, little adults. At worst, they could be put to work on a farm or in a factory. Childhood wasn’t considered a special time until industrialization generated a middle class, which then advocated against child labor and for education. We have an 1800s reform movement, which arose in reaction to the Industrial Revolution, to thank for the idea that people should spend their early years being educated.

Once people decided to start teaching kids instead of exploiting them, they quickly realized the value of letting kids read. Already, public libraries had caught on as a way to improve the masses and make them content in their social stations, although the reality of libraries often skewed toward entertaining the masses and making them question the status quo.

Thus it was with the development of children’s fantasy. Brothers Grimm stories painted over with Christian morality paved the way for Victorian fables like Charles Kingsley’s The Water Babies, an 1863 morality story so mawkish and racist that it’s a little shocking that it was ever considered a mainstay of children’s literature. Nevertheless, it was an entertaining way to force moral and social education down the throats of children. Speaking Likenesses by Christina Rosetti (1874) fell along the same moral themes. Even Oscar Wilde’s fables usually imparted a lesson of some kind. However, Alice’s Adventures in Wonderland, published just two years after The Water Babies, moved away from moral education and proved much more enduringly popular with both adults and children. Despite its wacky, nonsensical veneer, Alice was essentially about growing up in a world that often seemed distressingly random and absurd.

Subsequent fantasies for children, like J.M. Barrie’s early 20th-century novelization of his popular play, Peter Pan, explored territory that the Grimms might have recognized. Barrie’s titular hero, Peter, wore dead leaves, kidnapped children, never aged, and flew – all traits of a ghost in a story that grappled with mortality. The Wizard of Oz by L. Frank Baum, which debuted in 1900, also opted to entertain rather than preach and tapped themes of responsibility and friendship.

The 20th century would see a boom in children’s fantasy literature. In 1950, The Lion, The Witch, and The Wardrobe sought to revive the Christian allegory couched in an entertaining fantasy novel for children, while The Fellowship of the Ring generated a British mythology in 1954. Children’s fantasy continued to flourish in the 1960s, when books by Madeline L’Engle would follow in the religiously overt footsteps of C.S. Lewis, while others by Ursula LeGuin would seek to express more primal, mythologically inspired themes.

Since the 1960s, children’s fantasy has burgeoned to include works as diverse as Roald Dahl’s Matilda and J.K. Rowling’s Harry Potter and the Sorcerer’s Stone. They run the gamut of themes and serve a vast array of audiences. Recently, fantasy for children has begun to focus on authors and characters of marginalized demographics, who haven’t generally historically experienced a great deal of representation in this genre. Female authors, authors of color, and LGBTQ authors are all experiencing an increase in representation among children’s fantasy.

As children’s fantasy continues to grow in popularity, it will continue to evolve to suit new generations of reading children. Where it goes next is anybody’s guess. However, wherever that is, both kids and adults will avidly follow.

With a common impulse the multitude rose slowly up and stared into the sky. I followed their eyes, as sure as guns, there was my eclipse beginning! The life went boiling through my veins; I was a new man! The rim of black spread slowly into the sun’s disk, my heart beat higher and higher, and still the assemblage and the priest stared into the sky, motionless. I knew that this gaze would be turned upon me, next. When it was, I was ready. I was in one of the most grand attitudes I ever struck, with my arm stretched up pointing to the sun. It was a noble effect. You could see the shudder sweep the mass like a wave…I said: “Stay where you are. If any man moves—even the king—before I give him leave, I will blast him with thunder, I will consume him with lightnings!”


Off of Faster than the Speed of Night by Bonnie Tyler

This is the story of the 1878 eclipse that shadowed much of the American west. Scientists, spurred on by a rivalry with Europe, flocked to the dusty, ramshackle railroad towns in the line of totality, hoping to find something to cement their places in history. They encountered Native Americans, women aiming to prove that they had a place in science, horrid weather, and a lot of big egos. I found the interpersonal relationships mentioned in this book almost as interesting as the science itself.

From BookPuke On American Eclipse: A Nation’s Epic Race To Catch The Shadow Of The Moon And Win The Glory Of The World by David Baron 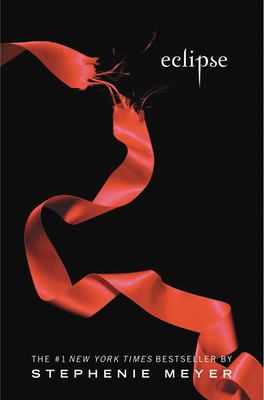 I want to be a monster too!

Bella, from Eclipse by Stephanie Meyer 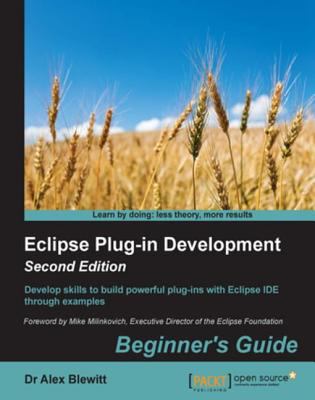 The British luxury passenger liner The Titanic sank on April 15, 1912, and there has been no shortage of books and films to commemorate the tragic event. Although the 1997 epic with Kate Winslet and Leonardo DiCaprio may be the first thing that comes to mind, there is a wealth of books available for those of us who want to learn more about the fascinating cast of characters on this doomed voyage.

If you’re looking for fiction, try Kate Alcott’s The Dressmaker or Jack Finney’s time-traveling novel From Time to Time. For nonfiction, read Titanic Survivor: The Newly Discovered Memoirs of Violet Jessop Who Survived Both the Titanic and the Britannic Disasters or Voyagers of the Titanic: Passengers, Sailors, Shipbuilders, Aristocrats, and the Worlds They Came From. And, if you’re looking for a classic, there’s always A Night To Remember.