May 15, 2020
by NML Readers Advisory Team Leave a comment

What are Asteroids? How are Asteroids and Meteorites related? Will one of them strike Earth with enough force to create widespread damage?

Join us (on Zoom) as Kelly Beatty helps us explore the science (and science fiction) surrounding asteroids.  To register for this webinar, click here.

Kelly Beatty has been explaining the science and wonder of astronomy to the public since 1974. An award-winning writer and communicator, he specializes in planetary science and space exploration as Senior Contributing Editor for Sky & Telescope magazine. Beatty enjoys sharing his passion for astronomy with a wide spectrum of audiences, from children to professional astronomers, and you’ll occasionally hear his interviews and guest commentaries on National Public Radio and The Weather Channel.

This Summer is all about A Universe of Stories.

And so we welcome Kelly Beatty to tell us all about Asteroids and their stories.

What are Asteroids? How are Asteroids and Meteorites related? What can we learn about Asteroids from the missions that NASA and JAXA (Japanese Space Exploration program) are readying to land on asteroids? Not to mention, when might one of them strike Earth with enough force to create widespread damage?

Join us as Kelly Beatty helps us explore the science (and science fiction) surrounding asteroids. Examples of meteorites will be on display as well.

Kelly Beatty has been explaining the science and wonder of astronomy to the public since 1974. An award-winning writer and communicator, he specializes in planetary science and space exploration as Senior Contributing Editor for Sky & Telescope magazine. Beatty enjoys sharing his passion for astronomy with a wide spectrum of audiences, from children to professional astronomers, and you’ll occasionally hear his interviews and guest commentaries on National Public Radio and The Weather Channel.

Did you know that Nevins Library is now loaning a telescope kit? It’s true! We’re loaning a giant box of optical wonder complete with a real live telescope, an instruction book, a pair of binoculars, and a couple of pillows in case you get tired. Stargazing does tend to happen quite late at night.

The telescope, snugly nestled in its bin, waiting for you to borrow it

The telescope, ready to stargaze

fix. Contact us about that. Meanwhile, here are a few things you can look for when you turn your gaze to the heavens above us. Or, since we’re really just riding a tiny sphere that is screaming pell mell through the endless void of space, the heavens that are all around us. All the time. Even when we can’t see them through the comforting blue illusion that is our sky.

In the olden days, before TV, people still wanted to watch “Adventure Time” all night. That’s when we first cast our eyes starward and made up awesome stories about all the rad dudes and dudettes who lived in the sky. This was, like, the nineties. We didn’t know any better.

Today, we still look at constellations because sometimes Netflix is slow. Start with Robin Scagell and David Frydman’s Stargazing with Binoculars, your all-in-one guide to observing the universe from an ocularly enhanced perspective. Of course, for more lore about the stars themselves, you might want to check out Mike Lynch’s Minnesota Star Watch, a vividly colorful book that will give you a thing or two to look at in the night sky.

The word “planet” originally meant “wanderer.” That’s because, while stars always appear to be in the same positions relative to one another night after night, the planets zip around the sky in predictable, but more dramatic, patterns. They’re also impossibly beautiful and pristine otherworlds, powerful testaments to the grandeur of nature. And humans might live there someday. Think about that. Someday,

the majestic desolation of Mars could have dog parks and McDonalds and registries of motor vehicles and smog.

But until you can drive through Olympus Mons for a spaceburger, learn about the planets with Dava Sobol’s The Planets, a journey through the solar system that doesn’t even require you to leave your chair. Sobol is also a fantastic writer who will keep you gazing at the page for as long as you’ll gaze at the planets.

The Past and Future of our Universe

Did you know that when you look at the stars, you’re looking into the past? It’s true! Light itself takes a long time to travel from the far-flung reaches of the universe, meaning that when it reaches your eyes it’s been on the road for long enough that it’s definitely run out of car games and music. (Our closest stellar neighbor, Alpha Centauri, is four years away if you’re traveling at the speed of light. We estimate that light from this star listens to Dizzy Up the Girl by the Goo Goo Dolls over 94 million times over the course of its trip to your 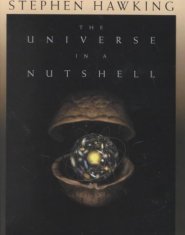 eyeball. Do not judge its musical tastes. It’s been out of the loop for a while.)

And if that blows your mind, think about this: when does that light ever stop? And what happens when it does?

The universe is a wild and wooly place, and a telescope is only the key to its box of wonders. Stephen Hawking is on hand to explain it to you in The Universe in a Nutshell, and if you want more of the crazy awesomeness that is reality, check out Simon Singh’s The Big Bang: the origin of the universe, too.

Yes, aliens! Statistically speaking, they’re out there somewhere, but why the big hush? Where are our interstellar neighbors? Are we not forthcoming enough with the welcome 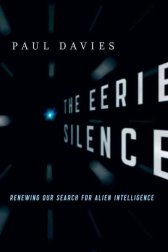 Maybe not. According to Paul Davies, chairman of the SETI Post-Detection Task Group, the lack of contact with alien life could mean any number of things. He lays it all out in his book, The Eerie Silence. In it, he does not suggest cookies. However, in my humble experience, a little thoughtfulness goes a long way. If you happen to see any interstellar visitors while gazing into the night sky, remember that. Aliens deserve a welcome wagon, too.

Contact the Nevins Memorial Library to reserve the telescope today!