Even when our building is closed, our Teen Services Librarian, Alison, has been working hard to provide you with many online programs, activities, and fun reading suggestions this summer.

Don’t be left out, follow the NL Young Adult  Facebook page to keep informed about upcoming programs, news from the library, new materials to check out, and fun stuff related to YA literature and pop culture.

For any questions on, or suggestions for, teen services, contact Alison at aasmus@nevinslibrary.org. 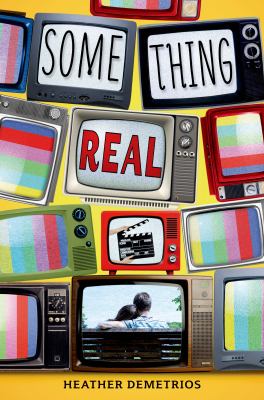 Something Real by Heather Demetrios

Ever wonder what it would be like to be famous? To have your own reality television show? Well, according to Bonnie™ Baker, it’s horrible. That’s right, her name is indeed trademarked. Bonnie™ and her eleven siblings have their own reality TV show called A Baker’s Dozen.  Since her birth, the show has been documenting all of their lives, up until her parent’s divorce. Now, Bonnie™ thinks she’s free of the reality (ahem, horror) show and the paparazzi, until she finds out her mom and step-dad sold their rights (again) for a reboot.

More than just a teen drama book, Something Real deals with mental illness, the rights of people, especially children, suicide, and the reality of it all.

Do you enjoy reading books? Or want to find new and different books to read? Join one of Nevins Library’s Adult Book Clubs!

We have books in a variety of different genres and topics that the clubs and groups read. More information about all of the Book Groups can be found on our website (with descriptions and sometimes the books/themes we’ll be reading).

We hope to see you at one or more of these if they spark your interest!!

May 29, 2018
by NML Readers Advisory Team Leave a comment 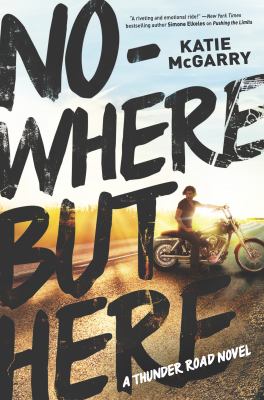 In Nowhere But Here, Katie McGarry introduces us to Emily, who just wants life back to normal. Her mother and adoptive father receive a heart wrenching note telling her that Emily’s grandmother on her biological father’s side has passed away. When they travel to Snowflake, a town of motorcycle gangs and bad memories, her little detour turns into a summer trip. Her father is part of the motorcycle club Reign of Terror, as is his family. Katie McGarry does a wonderful job of creating unique characters and settings.

Oz, a Reign of Terror prospect and family friend, is assigned to protect Emily from a rival club who wants revenge against her father. All Oz wants is to become a club member and for Emily to leave so his world can go back to normal. Neither count on their crushes on each other. As Olivia, Emily’s grandmother gets sicker, Oz and Emily grow closer, sharing dreams and secrets. The developing relationships between Emily and her newly found family are entertaining and interesting. As the story plays out, we discover that sometimes family is as much who we choose as who we are born into.

May 7, 2018
by NML Readers Advisory Team Leave a comment 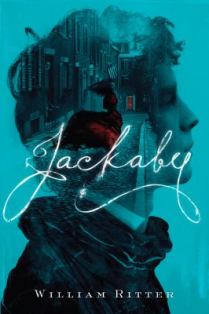 In Jackaby, Abigail Rook, who has recently arrived in New Fiddleham, becomes assistant to R. F. Jackaby.  Jackaby is an eccentric detective of supernatural and inexplicable occurrences, whose last assistant has been turned into water fowl.  Jackaby’s home houses himself, a ghost named Jenny, Douglas, the aforementioned assistant turned duck, and now Abigail. The author does an amazing job of introducing us to the characters while still shrouding them in mystery.

With a string of murders occurring in New Fiddleham, Jackaby and Abigail set out to discover who, or what, is committing them. With the help of Officer Charlie Cane, they discover a banshee who reveals the next victim.  While keeping the identity and species of the killer in question, Ritter keeps it interesting and fast paced, never leaving a dull moment. He leads readers on an adventure with plot twists and even a few things that go bump in the night. It is a great read for anyone looking to be scared or for lovers of lore. 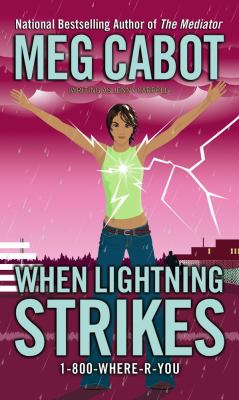 If you’ve dropped by any bookstore recently, you may have noticed that American culture has a ways to go yet when it comes to equal representation in literature. From Harry Potter to Septimus Heap, the shelves of the YA section are still largely filled with books starring white protagonists. In fact, in 2014, literally 5% of all children’s books published were about black people. Since the population of the U.S. is 13.2% African American, there’s clearly a lot of room for young black readers to feel left out at the library.

That’s the depressing part. The other side of the coin is that things are moving in the right direction: 5% of children’s books about African Americans is a big improvement over 0.7%, which was the case in 1985. Progress! Today, we’re both celebrating that positive trend and encouraging continued movement toward representative diversity in young adult literature. Here are just a few outstanding Young Adult novels that feature black main characters. Go read!

Sunny is the albino, American-born daughter of Nigerian parents. When her family moves back her her parents’ homeland, Sunny discovers that she possesses magical powers. Unfortunately, so does another new resident: a serial killer.

Black and White by Paul Volponi

Eddie and Marcus are best friends, stars of the basketball team, and in possession of promising futures. But when they commit a crime together, they quickly learn how one bad decision can alter their futures forever…and how different they are in the eyes of the justice system.

Isabel is a slave…and a spy. The New York couple who owns her know of British plans to foil the American revolution, but Isabel plans to foil them first and win her freedom with the Patriots. The first in a series by a highly acclaimed author!

The Game of Love and Death by Martha Br

Henry, an affluent white boy, and Flora, an ambitious black girl, are destined to love one another. This is because they are the pawns of mightier forces: Death and Love, who have been locked in battle for millennia. Will Love finally triumph this time around? Or will Death take the prize, as always?

Marley lives an idyllic life in Heaven, OH, where she and her family regularly wire money to her traveling Uncle Jack and his dog. But when a stunning revelation upends her world, she’ll need to reassess who she is and where she belongs.

Jock Jason would never have expected to find himself falling for the quiet, nerdy Kyra. But when they’re paired together for a class project, he finds himself telling her things that even his best friends don’t know!

Octavia and Tali are about to learn a lot more about their grandmother than they ever knew. Over the course of a road trip, they learn about her escape from the deep South and her involvement in World War II, where she was a member of the Women’s Army Corps.

The Marvelous Effect by Troy CLE

Louis Proof can’t believe his luck when he finds a secret amusement park hidden beneath his town’s junkyard. But that’s before he falls into a coma, only to wake up to a world where adults have been replaced with passive replicas and a sinister madman tinkers with the human understanding of right and wrong.

Orphaned when their father died trying to save a life, brothers Lafayette, Charlie and Ty’ree struggle to reestablish their lost family connection. But as Ty’ree gives up his college dreams to support the family and Charlie clams up in response to his recent release from prison, Lafayette may have nobody to answer his questions.

Naughts and Crosses by Malorie Blackman

In this Romeo and Juliet story, Sephy is a member of the black upper class while Callum is of the poorer white minority. Though they played together as children, the friends’ clandestine relationship is becoming more dangerous by the day, especially when Callum’s father is suspected of committing an act of terrorism.

The Skin I’m In by Sharon G. Flake

Maleeka is deeply uncomfortable with her appearance. Her school’s bullies tease her for her dark skin and even Char, who may or may not be her friend, could be taking advantage of her. It’s up to Maleeka to stand up for herself.

All her life, Miyole has watched her mother pilot space ships. Now, she may have a chance to make a voyage herself in the role of a scientific researcher. But when her ship rescues a stranger named Cassia from an attack by pirates, Miyole will find herself caught up in the newcomer’s quest to find her abducted brother.

This Side of Home by Renee Watson

Nikki and Maya are identical in every way, and they both love their neighborhood. But when a wave of development sweeps in, only Nikki is excited about the change. Maya misses what her neighborhood once was and worries about the black families that find themselves evicted and displaced, even as she plans to go away for college. A tale that tackles the complexities of gentrification and moving away from home.

Life in the homeless shelter is hard enough for Tyrell, but to make things worse, his father’s criminal legacy casts a shadow over his future. As he navigates the usual problems of teenage love and loss, he also struggles with the complications of homelessness, poverty, and remaining true to himself.

When I was the greatest by Jason Reynolds

Ali’s got plenty of great stuff going on in his life, from boxing to good grades. But looking out for his friend, Needles, who has Tourette’s Syndrome, may get Ali in trouble even as they both strive to rise above the violence in their neighborhood.

Remember to ask our teen librarian, Amy Fowler, for more YA recommendations!

For further reading, check out these great blogs!